This is an article by our past patient, Linda Taylor featured in FightingFifty– read the original article here.

How lens replacement surgery has changed my life

I had perfect vision until I was about 44 then I had to wear readers starting with +0.75, I just hated it; I felt that suddenly my world was in ‘frame’. As the years progressed my vision deteriorated even more to the point I was wearing +3.5 for reading and my distance vision was starting to deteriorate too.

I spent my day at the office with my reading glasses balanced on the end of my nose and a constant squint during presentations because I couldn’t see the screen and was too vain to wear distance glasses. I found wearing glasses made me feel old, I wore Chanel and Tom Ford so had lovely designer glasses but it’s not like wearing sunglasses, to me glasses say…I am getting old. I often forgot to put them into my bag when I went out so a business dinner was a nightmare as I had to borrow someone else’s glasses or have someone read the menu to me.

By squinting I felt the lines around my eyes worsened as did the area between my brows. A friend had lens replacement surgery and I suddenly thought – that’s it – I need to do that too. I used to daydream what it would be like to have perfect vision again never really believing it possible. I went to see Mr Daya at the Centre for Sight; I had my first appointment at his consulting rooms in London. The eye examination is unbelievably thorough and I didn’t believe it possible to get so many drops into your eye at one time!!! The appointment lasted over 2 hours during which time I had my pupils dilated, then I met the powerhouse that is Mr Daya. As well as being charming and pragmatic, I was drawn by his authenticity.

I said I wanted lens replacement (I was very specific) and he agreed, he said I was borderline at 50 but yes he felt confident I was a good candidate, laser was also an option but I wanted lens replacement as that’s forever. Mr Daya won’t just operate on anyone as I was to discover later, he will only operate if he feels the patient is suitable and that the procedure will be 100% successful. I had pre booked for the surgery the following week hoping he would accept me as a patient. I travelled to the Centre for Sight hospital in East Grinstead the following Monday morning to have the surgery on my left eye (they do one eye at a time) I was very very nervous yet 100% sure I wanted to do this. I kept having a vision of him coming towards my eye with a scalpel – how wrong I was…!

At the hospital I had even more tests, examinations and even more drops than the initial consultation! Mr Daya then had to ‘mark my eye’ so he could repair the astigmatism which was weird. My eye was anaesthetised so I could not move it, he simply brought what looked like a felt tip pen to my eye and put a mark on it, I felt nothing; it was just weird. Then it was my turn for surgery. I went to the pre op area and met a charming anaesthetist who explained the procedure and put a cannula into my arm administering something to help me relax. In seconds I felt every ounce of tension leave by body – amazing and I would like some more please!

I walked into theatre where I was greeted by Mr Daya and more equipment than I had anticipated. I lay on one bed where he explained he would use a laser to correct my astigmatism, this felt like looking through a kaleidoscope, absolutely no pain and over in a couple of minutes. I then moved across to another bed where they laid a theatre sheet over me which had a ‘cut out’ for my eye. I was conscious but not stressed at all and could follow instruction. I felt a bit of movement where he was working on my eye and just saw light and dark but did not at any time did I see Mr Daya come towards me with a scalpel!!!!

The procedure involves him using a laser to remove my natural lens and replace this with an artificial one and after about 10 minutes it was all over. I had a patch put onto my eye which had to remain in place overnight; I had a cup of tea and a snack then back in the car and I was out of the hospital about 45 minutes after surgery. (not driving of course!) Feeling so excited.

At home my eye felt a bit sore but not sore enough to take a painkiller, I just relaxed and had an early night. The next morning I had to remove the patch and gently bathe my eye in cool pre boiled water to remove some sticky residue and hey presto I could see. I could read the ingredients on my porridge pot, I could read my magazine, I could post on Facebook without wearing my glasses; I was living my daydream and had my sight restored!!

I had a follow up appointment with Mr Daya at his consulting rooms in Oxshott that morning, I resisted the temptation to throw my arms around him and give him a kiss! The appointment was straightforward, he tested my sight, did various examinations and he was happy, I was ecstatic!

During that appointment I spoke with him about my brother Thomas and it was at that point he elevated further in my estimation. You see Thomas has worn glasses since he was 6 and is now 42, could this surgery help him? Mr Daya explained that Thomas was probably too young at 42 as at his age the risk of having a detached retina was greatly increased. He worked on the principle that if he would not operate on a member of his family he would not operate on a patient!!! Wow – this is how things should be BUT I was so appreciative of his advice about my brother; he further explained that if Thomas went to a ‘high street’ surgery for the procedure they would probably do it but he doesn’t work that way, it’s not just about then money, his patients come first. He explained he could perhaps put a lens on top of Thomas’s existing lens but would need to examine him first and maybe laser would be his best option at this point; he will go and visit.

My second eye was done on the Wednesday and rather than being nervous this time I was so damned excited…I just wanted to get there and have it done. The same procedure was repeated for my right eye and then I saw Mr Daya again on the Thursday for the follow up consultation and again he was happy and I again was ecstatic!

You get a halo on street lights at night, it’s a bit weird but you get used to it quickly, this will improve in time. You need to blink a bit more than normal for the first few weeks, I think that’s while your eyes are repairing. You can’t drive for a couple of days, you will know yourself when you can restart, I was ok to drive on the Friday.

That’s it – so – in the great scheme of things there is no downside it’s amazing – AMAZING!!!

I had my 6 week check up on Tuesday this week and I am now fully discharged with better than 20/20 vision. I can see everything whether it’s close up, mid or distance. I have not worn glasses since the day of surgery and I feel amazing; I will give my glasses to friends as I will NEVER have to wear them again. Mr Daya says he is happy with me and my sight could get even better! He explained that in 10% of patients they get a bit of ‘clouding’ which is corrected by laser, should this happen I just make an appointment to come and see him. I should visit an Opthalmist yearly just for a check-up. I told him sometimes my eyes get a bit dry; he gave me some tear drops which do the trick.

I would recommend the surgery to anyone who hates wearing glasses; I feel younger, more confident and have started reading again! It’s now my turn to tease my team about my perfect vision and I’m loving every minute if it – especially being the one at dinner who can read the menu – gone are the days of squinting!!

I cannot recommend the wonderful Mr Daya highly enough; his is quite special and is so focused on his patient’s wellbeing. I also cannot praise or recommend his team highly enough either, the nursing team at East Grinstead or the lovely Cassie in Oxshott, all such charming and professional people.

“This surgery has changed my life!” 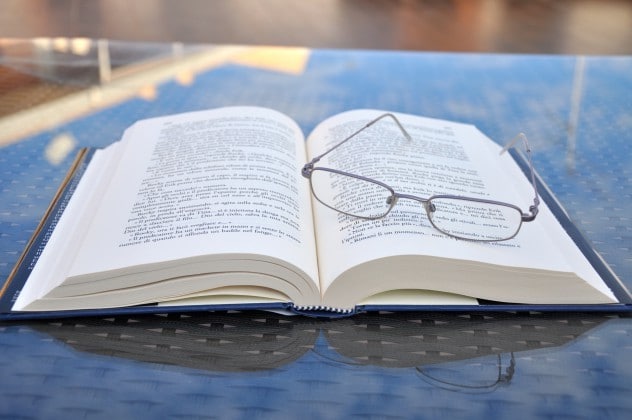