Although a leading cause of blindness in people 60 and older there are measures that can be taken to slow progression of the condition and newer treatments can help reduce irreversible blindness.

What is age-related macular degeneration?

Age-related macular degeneration (AMD) is an eye condition that causes painless loss of central vision and is most common in people over the age of 50. AMD currently affects more than 600,000 people in the UK and is the leading cause of vision loss in the developed world. It is estimated that at least 1 in 10 people over the age of 65 have some signs of AMD and that its incidence will continue to increase to almost 700,000 people in the UK by 2020, due to longer life expectancy and dietary changes.

What are the signs of AMD?

Over the past few years there has been a considerable amount of research about the causes of age-related macular degeneration. AMD is a genetic condition and several genes are known to be responsible to modify the risk of developing AMD. However, large research studies have identified a number of lifestyle factors that increase the risk of developing AMD and these include smoking, obesity, poor diet, high alcohol intake and UV light.

Two main types of the disease have been identified, the dry and the wet type.

What are the types of AMD?

Dry AMD is the most common, but less serious form of the disease affecting about 85% of patients. The cones and rods photo-receptors in the central retina become damaged and the central vision progressively deteriorates very slowly over a number of years. 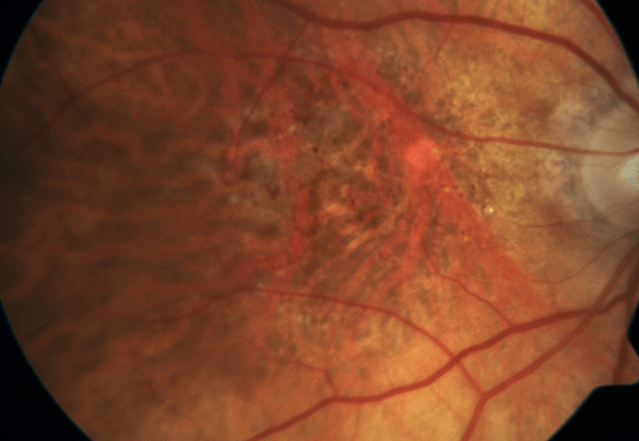 Wet AMD is the most serious type affecting approximately 15% of patients and it is so called because abnormal new vessels grow under the retina and result in leakage of fluid and blood in the macula with rapid loss of central vision within days. This condition can now be successfully slowed down by early intervention in order to prevent permanent loss of central vision. 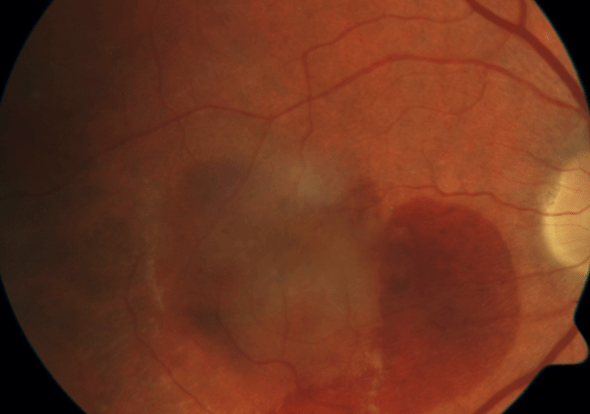 Can the progression of AMD be reduced?

A study concluded in 2001 showed that participants with AMD who took a formulation consisting of anti-oxidants, the AREDS (Age Related Eye Disease Study) formulation were 25 percent less likely to progress to advanced AMD over the five-year study period, compared with participants who took a placebo (a dummy medication). Many products with the AREDS formulation are available at your local chemists.

What are the treatments for wet AMD?

The treatment of wet AMD has been transformed over the past few years by the drugs which block the vascular endothelial growth factor (anti-VEGF) including Eylea (Aflibercept), Lucentis (Ranibizumab) and Avastin (Bevacizumab). These treatments are given as injections directly into the eye (intravitreal injections) under local anaesthetic at around 4 to 8 weekly intervals and are effective at slowing down AMD progression, preserving eyesight and limiting permanent damage on the macula.

Miss Lucia Pelosini, MD FRCOphth, Consultant Ophthalmic Surgeon at the Centre for Sight and Ophthalmology Lead Clinician at East Surrey Hospital has published innovative research on retinal imaging and says “We are extremely lucky to be able to offer these new treatments for AMD, however the early detection of wet AMD always results in better preservation of sight and reduces the risk of permanent damage to the eye.”

“It is crucial to diagnose and treat AMD as early as possible to prevent irreversible loss of central vision.”

It is also recommended that first-degree relatives of AMD patients monitor their eye health on a regular basis with simple non-invasive tests.

Regular eye checks are vitally important for all over the age of 50!