Mr Sheraz Daya was recently featured on BBC Breakfast news and Radio 4 discussing the scale of the problem affecting a certain type of lens used in the UK 8 years ago and how the condition can be remedied.

Listen to the broadcast.

A few years ago, patients who had received lenses from the company Oculentis at the time of cataract or lens replacement surgery began to develop hazy vision.  They were found to have calcium deposition on their lens implants.  The only option to remedy the problem was to have the lenses replaced with a different lens. Fortunately Centre for Sight only implanted 248 of these lenses before switching over to very sophisticated high performance trifocal lenses.

Mr. Daya Centre for Sight’s medical director is a well-known “trouble-shooter” for implant problems and has replaced many lenses in patients who have sought his opinion from other centres “This surgery, potentially quite complicated and much needs to be taken into consideration in advance of surgery and especially at the time of the procedure” says Mr Sheraz Daya.

Mr Daya says “A percentage of lenses have deposits of calcium on the surface that only become evident five to seven years later, when they accumulate enough to obscure their vision resulting in opacification.”

He added, “It is understandably devastating for patients who thought they were done and dusted for life and didn’t anticipate an issue with the lens”. 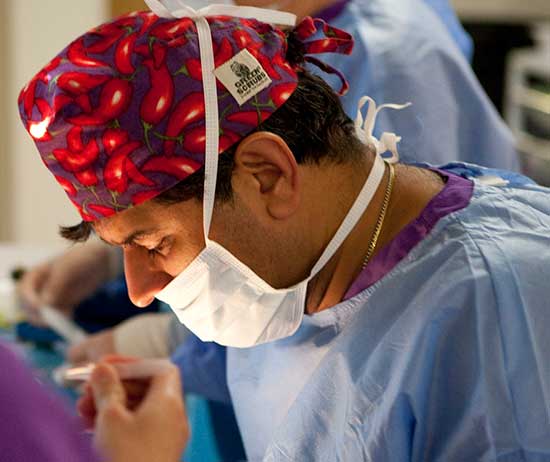 Mr Daya has advised that anyone who has developed poorer vision and has in the past received lenses manufactured by Oculentis should be seen by their operating surgeon or facility and to not have a YAG capsulotomy until it is established that calcium deposition is not the source of the problem. To check what lens you have had, look up the card received at the time of your cataract / lens replacement procedure.

Back to all Media